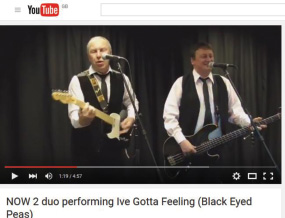 With a 300+ song pad Now2 are able to tailor their set to suit most audiences and also supply 60's/70's/80's theme nights complete with a full disco service. 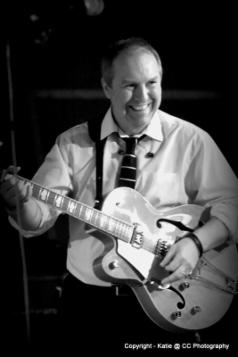 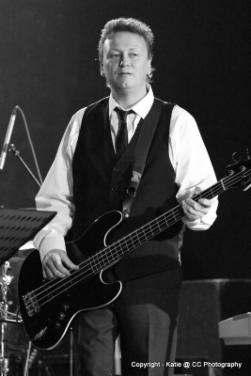 Formed in 2004 The original line up of Helen & Marc performed in the UK, Cyprus Spain, Norway and completed residencies in Spain, Mallorca and Cyprus and also worked as part of the house band on board the Navigator of the Seas for Royal Caribbean Cruises.

Rod Barlow took over from Helen in 2014 and added another guitar to further enhance the live sound.

The standard of their live performance is reflected in the fact that every year has been booked very quickly with a combination of tour dates, visiting cabaret spots and resident work at hotels and ships.

Past UK performance's have included working as visiting cabaret act for Park Dean & Haven holiday resorts and appearing at Club Tropicana, Skegness which is the UK's largest holiday show bar with a 2000 capacity.

NOW 2 have firmly established themselves as an exciting party duo who are capable of entertaining large audience's and are perfect for resident work as with a 300+ song pad they are able to perform a different set everynight 6 nights a week.

Now 2 are able to use in house PA systems or can be booked as a fully self contained act. NOW 2 use professional sound equipment and top quality professional backing tracks mastered onto a digital source - no karaoke tracks!! Try NOW 2  & see the difference.

The use of TC HELICON VOICEWORKS effects in the live performance create's a large vocal sound and the use of a specialised computerised playback system with DMX controllers ensure's a brilliant stage show.

Now2 are also available as a 4 piece band THE REFRESHERS for 60's themed party nights throughout the UK & THE DISCIPLES 4 piece party band.

Prior to forming NOW2 Marc had toured and recorded in the UK, Holland,Germany & Belgium. Marc has worked as a professional musician for the last 18 years and has released records with “ The Zero Option” (Nuke The Juke Records), “ Ceffyl Pren” (Recordaiu Graffeg) and has also published songs with Tiger Bay Music.

Rod has been the backbone of many Midlands bands including three penny bit, and brings his humour, great vocals and guitar playing to NOW 2